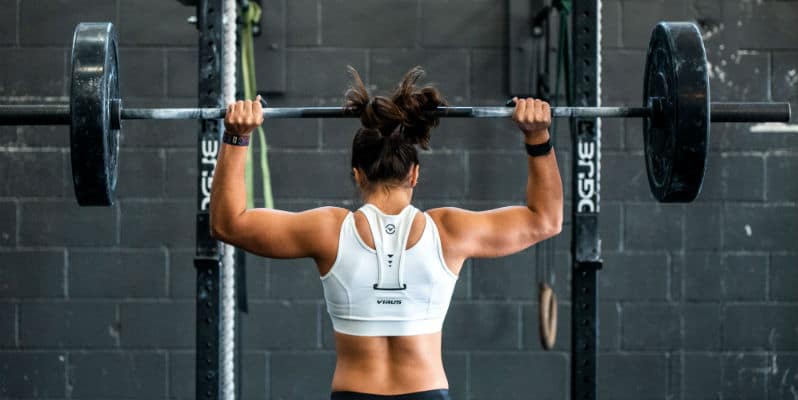 CrossFit is a lifestyle characterised by a combination of high-intensity workouts and a super-healthy sugar-free diet. CrossFit has exploded in popularity over the past few years and the most important date in the annual CrossFit calendar is the CrossFit Games.

In the prestigious CrossFit Games, athletes compete in weightlifting, aerobics and gymnastics to earn the title of ‘Fittest on Earth’. Due to the huge investments that CrossFit athletes make into their diets and training, CrossFit athletes are known to have incredible physiques, with toned muscles, ripped abs and very low body fat levels.

CrossFit and diet go hand in hand, with many CrossFitters opting for the Paleo diet (which includes an abundance of meat and fish) as their diet of choice. So, is it possible to be super fit on a vegan diet? You bet it is! As these top vegan CrossFit athletes have proved.

Vegan CrossFit athlete Jeremy Reijnders earned the title of ‘the fittest man in the Netherlands’ since he secured the number one spot in Holland’s 2018 CrossFit Open. He also competed in the CrossFit Games in 2019, ranking 14th in the world.

25-year-old Jeremy has been a vegan since 2015 and since making the switch he says he’s added even more muscle and now recovers faster from training sessions.

American CrossFit Athlete Danielle Sidell has competed in the CrossFit games both individually and, in 2012, as part of a team which came second in the world.

Danielle attributes her switch to veganism to watching the Cowpiracy documentary on Netflix with her fiance back in 2016. For her, it was her growing awareness of the environmental issues caused by farming animals which prompted her to switch to a plant-based diet.

Since becoming a vegan, Danielle has noted that she feels better in the gym and doesn’t suffer from as many aches and pains after training.

Vegan since the age of 16, Ed Bauer competed in several CrossFit Games since he started the sport in 2011 and is now a certified CrossFit coach.

The son on a competitive powerlifter, Ed Bauer’s philosophy is that “anyone can be healthy and strong off a plant-based diet.” He proudly believes that his whole food plant-based diet allows him to recover faster when training because the food he eats is so nutrient-rich compared to omnivorous athletes.

Along with spending a lot of time exercising, having a good coach and the right gear and shoes, a good diet is one of the main elements of the CrossFit program.

It’s entirely possible to be super fit and to compete in CrossFit whilst enjoying a vegan diet. In fact, many vegan CrossFitters attribute much of their success to their whole food plant-based diets.