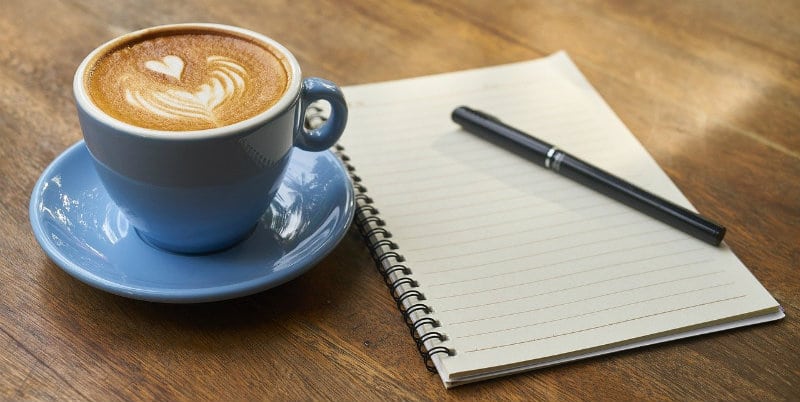 It may seem like a silly question to ask if coffee is vegan, but the vegan suitability of coffee can be a little complicated.

The short answer is yes. Coffee is made of coffee beans, which are vegan.

However, whilst standard black coffee is vegan, often coffee is made with milk, which is obviously not vegan. Unless it’s plant milk of course!

You also might want to consider that, even if all the ingredients in your coffee are vegan, the way in which some coffee beans are grown and processed doesn’t sit well with the vegan philosophy of supporting the environment. So, vegans may want to take extra care when choosing their coffee, looking out for ethical coffee brands where they can.

Ordering your coffee black is the easiest way to make sure that it’s vegan.

If you regularly drink coffee at friends’ houses where they don’t have any non-dairy milk or at places with limited non-dairy options such as roadside food vans, offices or conferences, then it might be a good idea to get into black coffee. The other option, of course, would be to carry your own vegan milk or creamer with you.

If you don’t like black coffee, that doesn’t mean that you can’t learn to love it. Read these tips on how to drink black coffee to find out how to enjoy it.

What do vegans put in their coffee?

Luckily, black coffee isn’t your only option as a vegan. There are lots of different things that you can put in coffee instead of cows’ milk. Some of the most popular vegan milks to put in coffee are:

To find the best vegan milk, it’s important to try a few different ones until you find the one that you like best. It might take a few cups before you get used to the taste.

Each vegan milk has different nutrients too. Some are higher in protein. Some are lower in calories. Your diet goals might influence which you choose.

Making your own vegan milk cab be simpler than you might think. Take a look at this simple almond milk recipe for the instructions.

Be careful so as not to get caught out by coffee creamers labelled as ‘non-dairy’. This term may be used if the product contains less than 0.5% milk by weight. Some of these contain casein which is made from milk, so that whilst they are suitable for people with a lactose intolerance, they are not vegan.

When you order fancy coffees from coffee shops like Starbucks, they often add flavoured syrups. Some coffee syrups are vegan and some are not.

As a general rule, the thin syrups like vanilla, caramel, chai, hazelnut and toffee nut are vegan. Thick syrups and sauces like pumpkin spice, creme brulee, white mocha and caramel drizzle are not vegan. To be sure, make sure you check with your server when ordering a coffee with syrup.

Raw vegans only eat food that has not been processed in any way or cooked at high temperatures. Coffee is a no-no for strict raw vegans as it needs to be heated to brew. What about cold brew coffee, you may wonder? Whilst your vegan iced coffee frappe hasn’t been heated, the beans have still been roasted in production, so it wouldn’t be suitable for a raw vegan diet.

What is ethical coffee?

There are three main things to look out for when choosing cruelty-free, sustainable coffee.

Coffee naturally grows under the shade of high trees. However, to speed up the growing process and increase revenue, many coffee plantations grow their coffee beans in full sunlight. This is problematic in several ways. Firstly, sun-grown coffee requires much more chemical input in the form of fertilizers and fungicides. These not only harm wildlife, but they also deplete the nutritional content of the soil. As the soil becomes nutrient deficient, the land becomes unsuitable for future coffee plantations, meaning that farmers have to clear new landscapes with deforestation.

Vegans should choose organic coffee where possible. Standard coffee production exposes wildlife to synthetic pesticides, herbicides and fertilizers, which isn’t very vegan-friendly. Instead, look out for USDA certified organic coffee, so you know that the farmers harvesting the coffee haven’t used any synthetic toxins in the last three years.

Although you won’t find all of these accreditations of your coffee, vegans should try to look out for brands that have at least one or two of these.