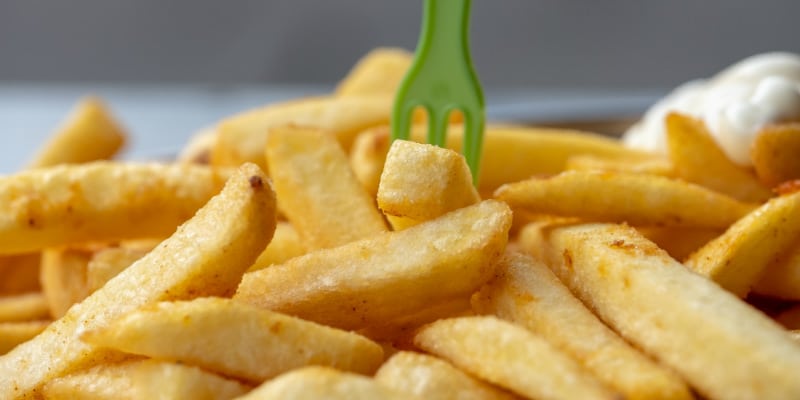 Do you want to become a vegan but you’re worried that, as a picky eater, you’ll have nothing to eat? When people are thinking of becoming vegan, worry that there’ll be nothing good to eat is very common. If you think of the vegan options on a restaurant menu, only 5% of the menu may be vegan, and you may think that this is true of vegan food in general.

However, I promise this is not the case. There are so many yummy vegan foods. And the great thing is, you’ve probably never tried most of them. A vegan diet has great potential.

But what about those who don’t like fruit and vegetables? Can they be vegans too?

Whether you’re transitioning your kids to a vegan diet, or you just have the diet of a child yourself, it’s certainly possible to become a vegan. Don’t fall in the trap of becoming an unhealthy vegan that lives off of french fries and Oreos. There are so many healthy, nutritious and low-calorie vegan recipes to discover.

With this simple, step-by-step guide, even the pickiest of eaters can embrace the vegan lifestyle with ease.

9 easy steps to becoming a vegan when you’re a picky eater:

1. Work out what kind of picky eater you are

Your first step to starting a vegan diet as a picky eater should be to take a look at your diet and decide exactly what it is that you don’t like about certain foods.

In step two, let’s focus on the positives by grabbing a pen and paper and making a list of all the foods that you like and love. You’ll probably find that the list is longer than you first thought.

If you like a particular food, but only when it’s cooked or served in a particular way, add it to the list. Don’t stress over the details at this stage.

Now you have a list of things that you like to eat. Next to each one, mark whether that food is vegan or not.

Some of these will be obvious, for example, apples are vegan, tuna is not vegan. But there will be some foods that you can mark as a maybe. For instance, some brands of cookies are vegan, but others are not, it depends on the ingredients used to make them. If you’re unsure whether something is vegan or not, just Google it to find out. This education will come in very handy.

3. For every food that’s not vegan, Google the vegan alternative

As a new vegan, Google will become your best friend.

As well as using Google to find out whether things are vegan or not, you should use Google to find vegan versions of foods that you like. You may be surprised to know that pretty much every food you can think of has a vegan version. Like tuna? Hate chickpeas? You should definitely give ‘chickpea tuna’ a go.

Now you may say… “Urgh, I tried a vegan sausage before and I didn’t like it.” However, there are hundreds of different varieties of vegan sausages. To give up after only trying one or two would be insane. New meat alternative brands are being launched all the time and with the introduction of companies such as Beyond Meat, Oomph and Tofurky, fake meat is becoming closer to the taste of the real thing all the time.

4. Find recipes that use your favourite ingredients

Now you have a big list of food that you know that you like and that just so happens to be vegan and a list of vegan alternatives to the things you liked which contained animal products. Your next step will be to look up recipes that use these ingredients. Off you go to Google.

5. Vow to try one new food every day

When you’re looking up recipes, you’ll most likely find that they contain some ingredients which you don’t like. But don’t discount these recipes. Make a vow to yourself that you’ll try one new food every day for a month. If you don’t like it, make it again but substitute the thing you didn’t like for something that you do.

If you don’t like a new food or ingredient, don’t beat yourself up. But, wouldn’t it be great if you found a few more healthy foods that you loved?

You might think that you don’t like corn on the cob because when you tried it before it was boiled. Try it grilled with vegan butter, salt and pepper, and you might change your mind!

Once you’ve found some meals that you like the sound of, make a weekly meal plan so you know in advance exactly what you’ll be eating for each meal for the following week.

Yes, it’s boring and regimented. But, I guarantee that if you skip this step, you’ll either be having french fries and bread again or you’ll find yourself dialling for a pizza.

You can be a vegan without cooking, but unless you happen to live with a vegan chef, it’s not going to be easy. It’s also going to be very expensive and probably not that great for your health. Sure, you could get pre-made vegan meals delivered to your door as a quick fix, but do you want that to be your long-term solution?

Learning to cook at least a handful of easy, healthy vegan dishes that you love will certainly help you to stick to your goals. As a picky eater, it also means that you can substitute any ingredients that you don’t like for ones that you do. You can’t do that with microwave meals.

Baking could be a fun hobby to take up as a vegan. You’ll probably find that with some sweet treats things like vegan chocolate brownies, your only option is to make your own if you can’t find them in stores.

Of course, there are many ways to learn to cook well. Some people prefer to follow traditional vegan cookbooks, whilst others like to read recipes online or watch cooking videos on YouTube. You could even look up local cooking classes to see if there’s one to meet your needs.

Being a vegan doesn’t automatically mean that you’re healthy. Far from it. Vegan, vegetarian and omnivore diets can all be either healthy or unhealthy depending on what you eat.

Whether you’re a picky eater or not, all vegans should be taking vitamins. The one vitamin that you can’t get through your diet as a vegan is b12. This is because b12 comes from soil: animals eat plants that have soil on and humans get b12 from meat. In the olden days, humans used to get b12 from eating dirty vegetables, but really, it’s much easier to just take a supplement.

If you’re concerned about eating a large enough variety of fruits and vegetables to ensure that you get enough vitamins and minerals, you should definitely take a multi-vitamin. Although really, even as an omnivore, you should have been doing this anyway.

Take each day as it comes

So there you have eight easy steps to become vegan as a picky eater. As with anyone, picky eater or not, making the transition to a vegan lifestyle is often the easiest and most successful in the long-term if you ease yourself into it gently. So if you fall off the wagon, don’t sweat, just pick up where you left off.

Every day that you consume fewer animal products than the day before is a step in the right direction. And every day that you try a new food, you’ve accomplished an important step on your journey to become a better version of yourself.