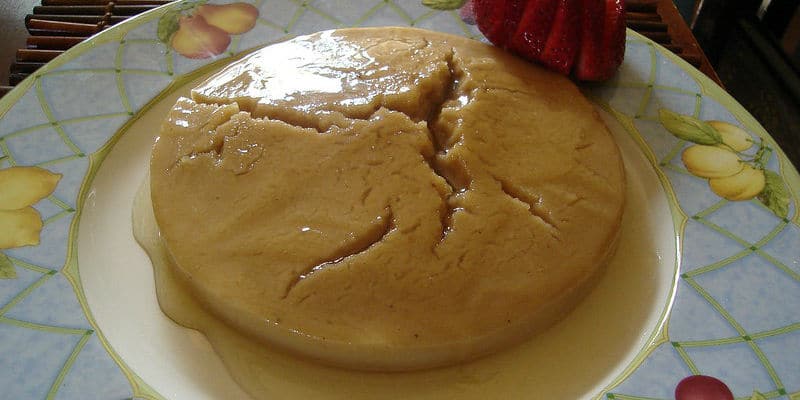 The traditional recipe for butterscotch includes butter which is made from cows’ milk and so is not vegan. However, it’s easy to make your own butterscotch by replacing the butter with vegan margarine.

Any recipe which involves butterscotch can be made vegan. All you need to do when making your vegan butterscotch is to switch animal ingredients such as milk and butter for their plant-based alternatives.

Here are some popular examples…

Butterscotch chips can be used instead of chocolate chips when making cookies or brownies or just eaten on their own as a sugary treat.

Butterscotch pudding is an easy dessert which is usually made with cream, eggs and butter but can easily be veganised.

Any butterscotch recipe can be adapted to be dairy-free. It’s as simple as switching the butter for vegan margarine and switching the milk for your choice of plant-based milk, whether that be soy, almond, oat or anything else.