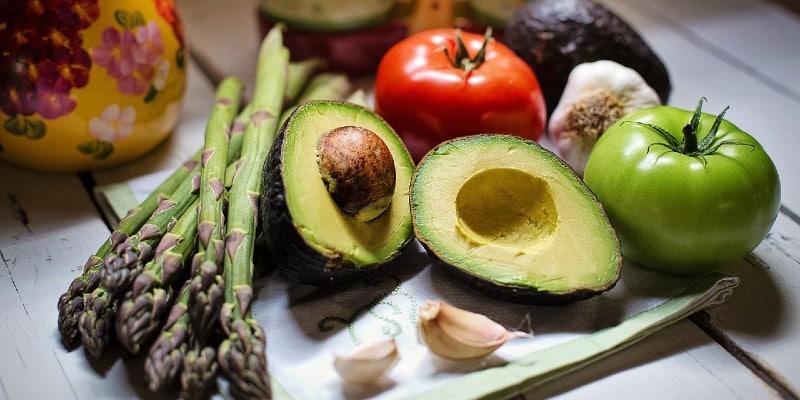 Becoming a vegan is a huge step for most people and the transition often isn’t straightforwards. Whilst there are some people who wake up one morning, think “I’m going to be vegan” and then never touch a cheese sandwich again, for most people, it’s not that easy.

Do you love the idea of becoming a vegan, but worry that it’s too big of a leap to take? What if you want to become ‘mostly vegan’? Is there such a thing as a part-time vegan? This post discusses whether or not it’s okay to say that you’re a ‘part-time vegan’.

Can you be a part-time vegan?

Yes! It’s entirely possible to follow a vegan diet part of the time. You could be a part-time vegan on certain days of the week, at certain times of the day, or just when it’s most convenient to do so.

You could follow a vegan diet 99% of the time, or just 10% of the time. Any time you choose to avoid harming an animal, you’re doing a good thing.

Militant vegans would say no

Some vegans would argue that it’s not possible to be a part-time vegan. They would say that being a part-time vegan is akin to being against domestic violence and only beating your wife at the weekend.

Militant and abolitionist vegans would say that veganism is a way of life, not a trendy diet that you can pick up and put down when you want to.

However, there are problems with this purist, all-or-nothing approach in that it can put people off even trying to become vegan in the first place.

The problem with pushy vegans

There are some vegans, you might have met one or two, who believe that any type of animal consumption by anybody is completely unacceptable. They have the end goal of a 100% vegan world and may try to convert others to become vegan buy using guilt as a tool.

By spreading the message that veganism is ‘all or nothing’, super-strict pushy vegans make people more likely to abandon the philosophy altogether, rather than to gradually reduce the animal products that they consume.

Veganism is a spectrum

What you need to understand is, even lifelong vegans don’t always agree with whether some things are vegan or not.

Take sugar, for example. In the UK, sugar is vegan. But in the US, sugar is sometimes made using animal bones. Unfortunately, Americans have no way of knowing whether the sugar they’re buying contains animal remains or not. Whilst some vegans will avoid sugar altogether, this is incredibly difficult, so others make the decision to eat it. And guess what, both people are still vegan!

Suggested read: Is food that ‘may contain milk’ vegan?

The issue with semantics

Labels suck. I find it’s best to stay away from them wherever possible.

If I ate some milk chocolate last week, do I have to now say I’m a part-time vegan rather than a vegan? Do I have to explain how I’m vegan for the most part, but if someone has a rather delicious-looking box of chocolates in the office then I might occasionally indulge? Do I have to go into the fact that if my vegetarian kid doesn’t finish their cheese sandwich then I might eat the end of it rather than throw it away?

Those who eat a vegan diet most of the time can often feel that they have to explain their choices and stick a label on themselves. You don’t.

There are various words that people may use to describe their diet:

You may find that one of these matches you perfectly. Or perhaps you have tendencies from two or more categories. Perhaps your dietary preferences switch between these over time. This can make it very difficult to label your diet, and another reason why you probably shouldn’t try to.

How to be a part-time vegan

There are many different ways follow a vegan diet part of the time. These include:

The benefits of a part-time vegan diet

The benefits of a part-time vegan diet are very much the same benefits as going completely vegan, just at a lower level. If you eat vegan 90% of the time, you’ll see 90% of these benefits:

4 thoughts on “Can you be a part-time vegan?”

This website exists to help you to transition to a vegan lifestyle and stick to it.

Whether you’re just starting out or have been a vegan for some time, Choose Veganism is here to make things easier.